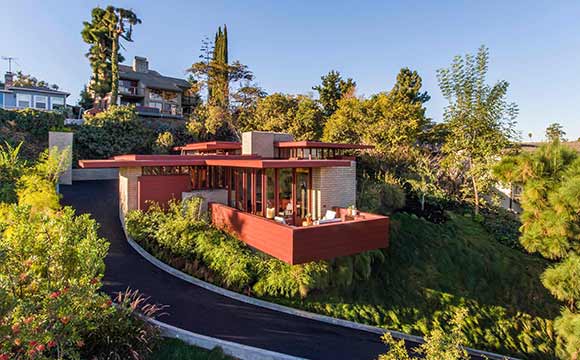 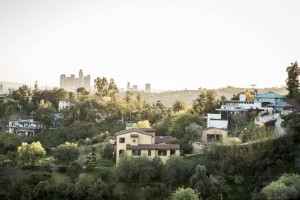 Mount Washington is made up of a neighborhood in the San Rafael Hills of Northeast Los Angeles, California. The sleepy little hilltop neighborhood is rich in history and scenic vistas. A hill more than a mountain, the landform is home to leafy streets and artists’ bungalows.

It’s hard to imagine, but just a century ago Mount Washington remained carpeted in chaparral, its hilltop land inaccessible to real estate developers and home buyers! Ultimately, it was the development of the Los Angeles railway that conquered the hill and has since allowed this neighborhood to quietly flourish in one of the cities prime locations. Today, it is home to the notable museum — Southwest Museum — as well as the world headquarters of the Self-Realization Fellowship, a meditation and spiritual temple, which seeks to foster goodwill among diverse peoples and expression of the human spirit.

Mount Washington is bordered on the north by Eagle Rock, on the east by Highland Park, on the south, southwest, and west by Cypress Park and on the northwest by Glassell Park. Boundary roads include El Paso Drive, Marmion Way, Division Street, Cypress Avenue, to name a few.

Known for its hilly and windy roads, Mount Washington Real Estate is sprinkled with parks and rugged hillside spaces, and nearby features include the historic Arroyo Seco channel and the Los Angeles River. Mount Washington is an extremely desirable area due to its proximity to downtown Los Angeles, and perhaps more importantly to its “best-kept secret” philosophy.

In recent years, many homebuyers have become attracted to the area as a relatively affordable alternative to the west side of the city. The district is generally considered the most affluent area of the east side, and also contains the region’s largest concentration of non-Latino whites (though not as affluent as the neighboring cities of South Pasadena, San Marino, and southwest Pasadena)

There is only one school within the neighborhood — Mount Washington Elementary School —  which is part of the Los Angeles Unified School District and is considered an above average center for children where scores are among the top schools in Los Angeles on the Academic Performance Index. This isn’t a surprise with the community being tight knit.

Schools in and around Mount Washington from GreatSchools.org 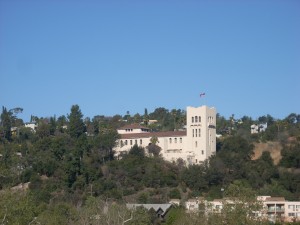 Mount Washington is not known for its nightlife, but rather it’s steep streets and sweeping vistas that span from the Pacific Ocean to the San Gabriel mountains and beyond. Although the neighborhood’s steep and curving streets prevent it from claiming major thoroughfares of its own, local shops and quick snack establishments make their homes in Mount Washington. Small artisanal shops featuring local artwork and organic eats have started popping up in the last few years as well.

Residents and merchants alike, pride themselves in the peaceful and quiet that has historically shaped this neighborhood. There is a small town atmosphere, yet with new edgy and culturally conscious dwellers. The adjacent communities of Eagle Rock and Highland Park are just a stone’s throw away for edgier amusements.

Still, a day of exploration in Mount Washington might lead you to the Southwest Museum of the American Indians which is located here and includes a library, archives, and an extensive collection of pre-Hispanic, Spanish colonial, Latino and Western American art and artifacts. Situated on beautiful spacious grounds, the historic Hunt and Burns designed building gives you a glimpse into early life in these Great Plains. The historic trollies might not be around any longer, but modern day Metro rail can take you directly there. 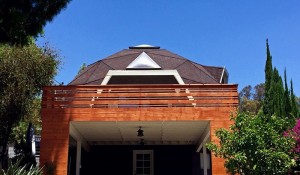 One could argue that the California Craftsman ruled the hills as this is the style in which many of the early 1900 homes were designed in. By the 1950s and 1960s, a more modern aesthetic was being introduced, bringing streamlined walls, clean ample structures and contemporary treatments provided a new contrast to the older craftsman era.

When it comes to inclines, Mount Washington’s roads are reminiscent of San Francisco. Take a scenic drive along Eldred Street, between Avenue 50 and Cross Avenue on the northeast side of Mount Washington, with a slope of 33% grade, and one of the three steepest streets in Los Angeles and one of the steepest streets in the world. Make sure your automobile is in, how should I put this, good shape. 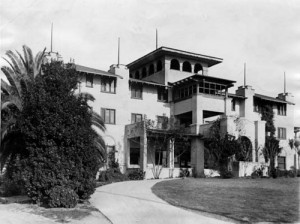 Although the city of Los Angeles was founded as a Spanish pueblo in 1781, it did not grow much until 1860. By 1870 there was a diffusion of homes out toward the Westlake District and on the east side of the Los Angeles River to Eastlake and Boyle Heights. The rich built south toward Agricultural Park (Exposition Park). Panoramic views were not a consideration in those days, and only the bases of the hillsides were dotted with residences.

Most of the hills of the Los Angeles basin were sparsely settled, mostly due to the initial lack of accessibility. Mount Washington was no exception. Originally, the hill was once a part of the huge and sprawling Rancho San Rafael and its only residents were some 15,000 sheep! Once public transportation was established in the area, the Highlands, now known as Highland Park, blossomed into one of Los Angeles’ first streetcar suburban developments of the early 1900’s.

The turning point for Mt. Washington came in 1909, long after the land boom of the 1880’s, with the construction of a hotel on the summit and an incline railway by which to reach the hotel and subdivision. The hotel took full advantage of the panoramic view from the summit. It was the hope of the developer that people would ride from downtown on the Los Angeles Railway, get off the trolley at Avenue 43 and Marmion Way, and ride the Los Angeles & Mt. Washington Incline Railway to the summit, where they would experience the breathtaking view, whether day or night, resulting in the purchase of a lot. The ploy worked; Mount Washington, CA became an exclusive and highly desirable hilltop residential site for those who wished to experience a special situation. Visitors came from all over the region, and at one point the Mt. Washington Hotel became a gathering spot for celebrities such as Charles Chaplin, who always stayed at the hotel while making a film at Sycamore Grove studios, in adjacent Highland Park.

The evolution of the movie industry to its current location in Hollywood shifted much of the attraction of Mount Washington and the hotel and the area became less of an attraction. In 1925 the vacant hotel was sold to Parmahansa Yogananda, a monk of the ancient Swami Order in India, and founder of the Self-Realization Fellowship, which is still housed there today. Luckily, today the Mt. Washington Hotel exists as it did in the past, the grounds and gardens are well maintained and visitors are welcome! The tennis counts are in the same location, and the homes on the summit are as stately as when built over three-quarters of a century ago.

By the late 2000s, the neighborhood attracted middle- and upper-income residents, mostly whites, Latinos, and Asians. 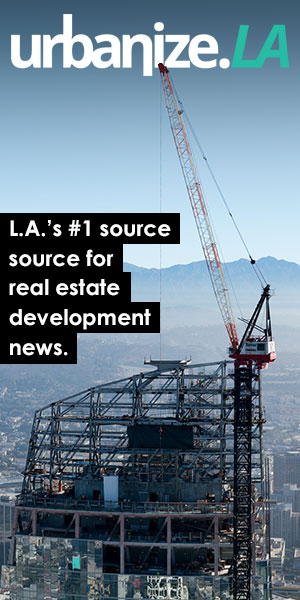